The Creative Residency is a new and exciting partnership in 2019 between King’s Inns and Dublin City Council Culture Company. Together, the programme seeks to sustain an artist in the creation of new work, rooted within King’s Inns and the extraordinary and historic environment of Henrietta Street, where both organisations are based. Through the residency, the selected artist will be encouraged to develop and explore the theme of art and law with reference to the King’s Inns and the residency should result in a creative response to be hosted by King’s Inns.

View the latest news on the Creative Residency here

The 6 month Creative Residency commenced on September 1, 2019 and provided Jesse with unprecedented access to King’s Inns venue and resources, including the library, park, staff and students as well as offering accommodation, living expenses and opportunity to share practice and avail of peer learning opportunities. The work developed as part of the residency will be hosted by King’s Inns for public presentation. 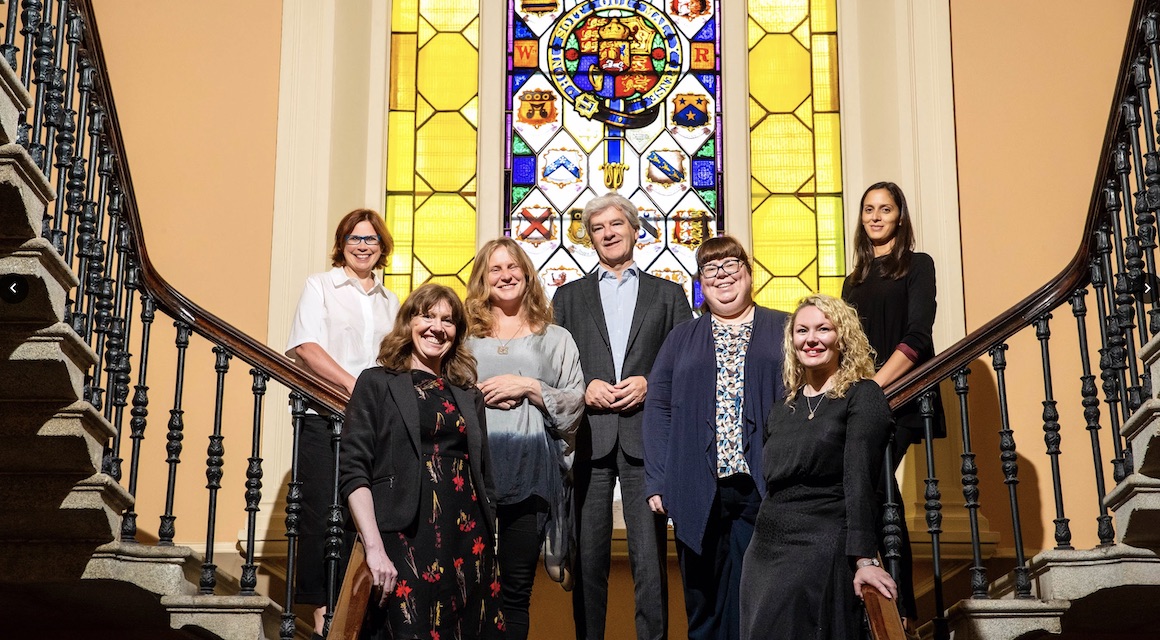 Jesse Jones is a Dublin–based artist. Her practice crosses the media of film, performance and installation. Often working through collaborative structures, she explores how historical instances of communal culture may hold resonance in our current social and political experiences. Jones’ practice is multi–platform, working in film installation, performance and sculpture. Her recent work proposes a re–imagining of the relationship between the Law and the body through speculative feminism.

Using a form of expanded cinema she explores magical counter–narratives to the State drawn from suppressed archetypes and myth. Major public commissions include, in the Shadow of the State with Sarah Browne, commissioned by Create, Artangel and ART: 2016. She represented Ireland at the Venice Biennale 2017 with the project “Tremble Tremble” who’s title is inspired by the 1970s Italian wages for housework movement, during which women chanted “Tremate, tremate, le streghe sono tornate! (Tremble, tremble, the witches have returned!)”.

Recent solo exhibitions include; Talbot Rice gallery Edinburgh, Project Arts Centre, ICA Singapore and an upcoming solo presentation at Guggenheim Bilbao. Future projects include; a five year commission for Kunsthal Gent in Belgium and The Magdalen project at Rua Red. Her teaching practice runs parallel to her work as an artist, this practice is based on Sherkin Island Cork as a lecturer for TU Dublin School of Creative Arts.