Attendees included authors, a number of former editors, friends and patrons, and members of the King’s Inns. The keynote address was delivered by the Hon. Justice Gerard Hogan of the Supreme Court of Ireland, entitled “Reflections on Irish and EU Administrative Law”.

A prize of €500 was awarded to Shane Finn for the best article submitted, for his article Case Note: Student Transport Scheme v. Bus Éireann [2021] IESC 22. A further prize of €500 was awarded to Ruairí McIntyre for the best submission on the theme of ‘The Irish Administrative State’, What is the Meaning of ‘Ombudsman’? A Biological Analysis of the Irish Administrative State. 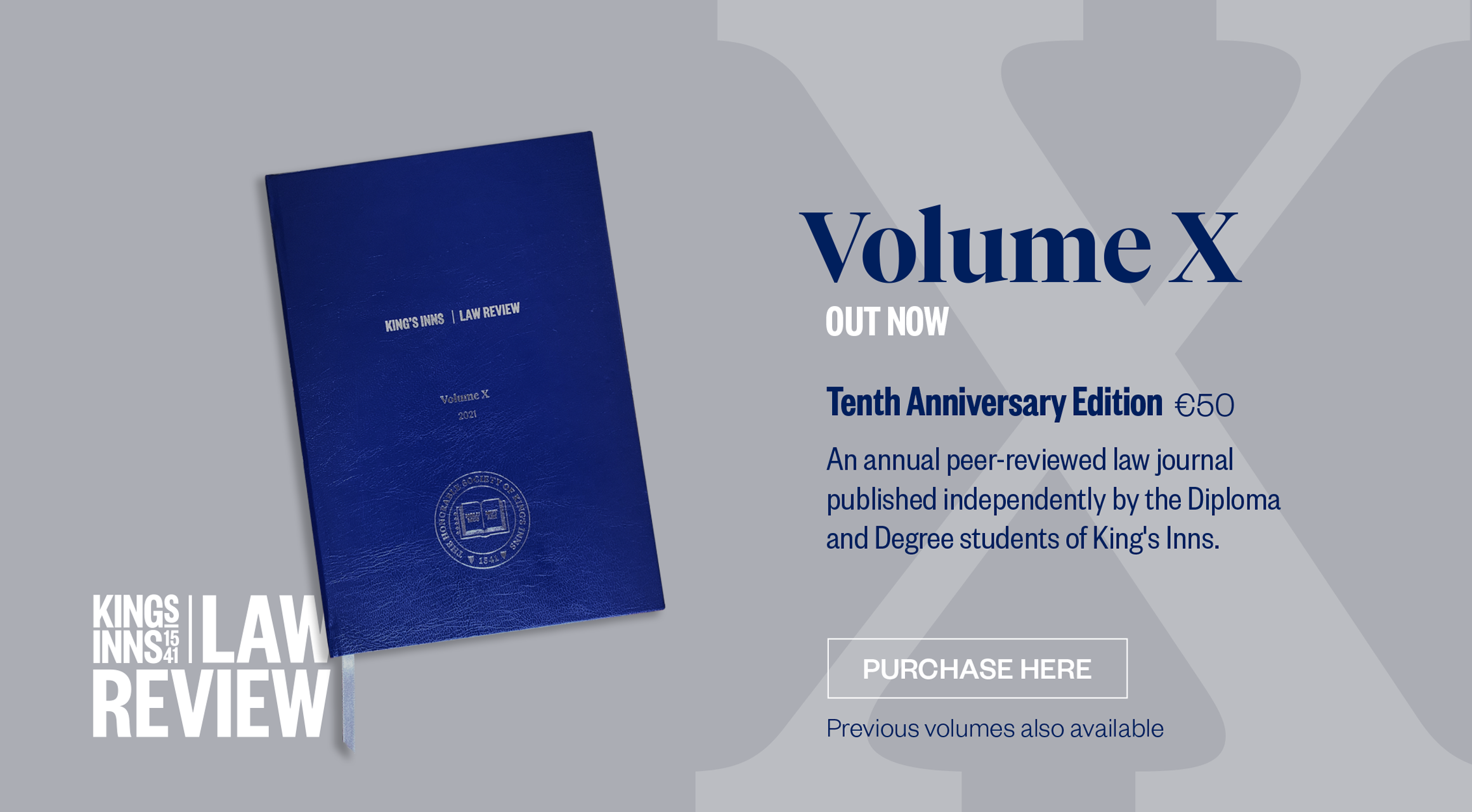 Appointment of Volume XI Editorial Board 2022

Expressions of interest for the appointment to Volume XI of the Editorial Board will open in December 2021 / January 2022.

Further information will be emailed to Diploma and Degree students via their King’s Inns email.

About the King’s Inns Law Review

The King’s Inns Law Review (KILR) is an annual law journal published independently by the Diploma and Degree students of King’s Inns. It is dedicated to the publication of Irish, European and international legal scholarship. The core purpose of the Review is the promotion and fostering of legal scholarship, both in King’s Inns and the wider legal community across Ireland and further afield.

The King’s Inns Law Review is grateful for the generous and kind support of its patrons and friends, without whom the Review would not be possible. The Editorial Board welcomes donations and contributions to fund the longevity of the Review, and all sponsorship queries should be addressed to kilr@kingsinns.ie.