On Thursday 22 February 2018, a reception was held in the Junior Common Room to launch the recently acquired archive of Averil Deverell BL. Averil Katherine Statter Deverell (1893–1979) was one of the first two women, along with Frances Kyle, to be called to the Irish Bar on the 1st November 1921.

The archive, which consists of books, correspondence, portraits and prints including a 1942 pencil sketch of Averil by Seán O’Sullian RHA, was donated by Osbourne and Betty Spurling, who purchased Averil’s home in Greystones in the 1970s acquiring some of her effects at the same time. It was discovered by retired Tribunal Judge Liz Goldthorpe during the course of her researches into the first women in the legal profession, and with her assistance, and that of Professor Colum Kenny, the Spurlings decided to donate the various materials held by them to the King’s Inns.

An exhibition, curated by Renate Ní Uigín, Librarian of King’s Inns, was on display on the evening. Items held in the archives of King’s Inns were combined with materials from the recently acquired donation, to highlight various milestones in the life of Averil Deverell. On the evening Judge Liz Goldthorpe gave a short talk taking the audience through Averil’s life and family background, with reference to the exhibition. 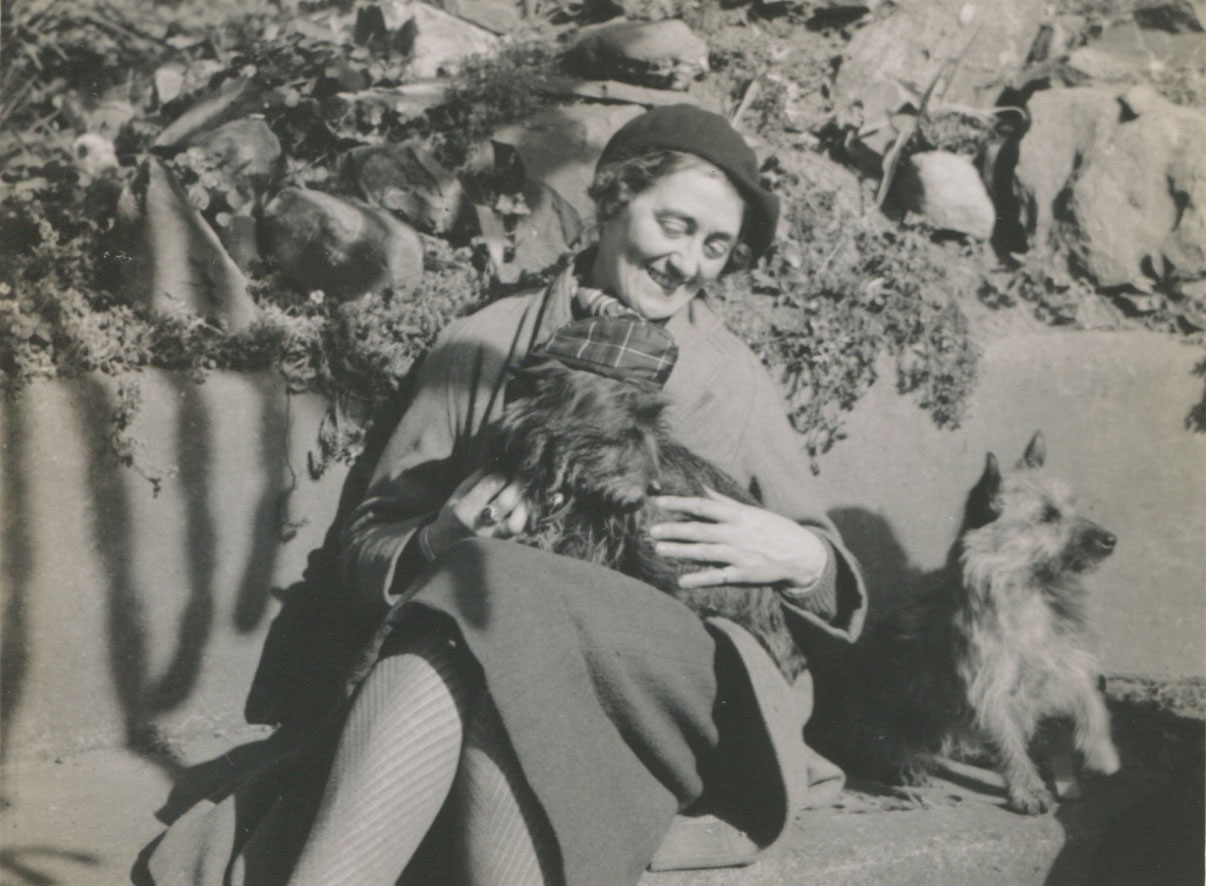 Averil Deverell attended the French School Bray from c.1905 to 1909. She appeared in many of their dramatic productions, developing a love of theatre and acting that would continue through her time at Trinity College c.1911 to 1916 and her active involvement in the Dublin University Dramatic Society. During her time at school and university Averil kept an Autograph Book, filled with verses, sketches and autographs from family members and friends, and a Scrapbook, full of theatre programmes, newspaper clippings, dance cards, tickets and menus, among various other mementos, and many of the images on display that evening were taken from those two books, including photographs of Averil appearing in plays, and a programme from a suffragette play and a suffragette ribbon.

Prior to becoming a student at King’s Inns in January 1920, following the passing of the Sex Disqualification (Removal) Act of 1919, not only had Averil presented at Court in Dublin Castle, to Their Majesties King George V and Queen Mary, on the 8th July 1911, the last occasion on which such an event would be held in Ireland, but she served as an ambulance driver in France and Flanders between July and December 1918. A formal photograph of Averil being presented at Court, as well as her passport from 1918, was on display as part of the exhibition.

Averil went down to the Law Library to practise in January 1922, and remained in practise until her retirement in 1969. With her first earnings as a barrister she is said to have purchased a cairn terrier and subsequently established kennels at her home in Greystones, “The Brehon Kennel”.

In the Irish Law Times Reports, Vol. LVI from 1922; A. K. S. Deverell Barrister–at–Law, became the first woman to be recorded as a law reporter in Ireland, and in 1928 Averil Deverell appeared alongside A. Alfred Dickie K.C. and James Henry K.C. for the Transferred Officers Protection Association before the Privy Council, in the last case where the Irish Free State government were to send representation before the Privy Council, making her the first woman, and possibly the only Irish woman, to be given a red brief bag as a junior for her appearance before the Judicial Committee of the Privy Council. Items marking all these significant events were among those featured in the exhibition.

Averil Deverell died on the 11th February 1979, she is remembered in the Law Library by a portrait that hangs on the Main Floor over the door to the Issue Desk, and that was on loan to King’s Inns for the reception, and has recently had a room in Church Street named after her. In the portrait her red brief bag is visible. In the Law Library it is accompanied by a plaque “Miss Averil Deverell. Called to The Bar of Ireland 1st November, 1921. She was with, Miss F.C. Kyle, the first Lady to be called to the Irish Bar, and was called prior to the admission of any lady to the English Bar.”

Averil was among the first group of women graduates from Trinity College, University of Dublin, obtaining her law degree in 1915. She died in 1979 and in her will left a bequest setting up a lectureship in the Law School of Trinity College. The Hon. Fidelma Macken SC was the first to hold the position of Averil Deverell Lecturer in Law, and the current holder Dr Patricia Brazil BL was in attendance on the night.

The materials donated by Mr and Mrs Spurling are being incorporated into the archives of King’s Inns and can be made available on request to academic researchers.