On Tuesday 26th June, 2018, in the Benchers’ Room, an historical discussion “Parallel Lives: John Redmond and Edward Carson, King’s Inns’ Alumni and Statesmen” was held. The two speakers were Professor Alvin Jackson and Mr Frank Callanan SC. They were introduced by John Rogers SC, Senior Bencher, and thanked by James O’Reilly SC, Chairman of the Library Committee of King’s Inns. The evening was arranged by Mr Seán Aylward, the recently retired Under Treasurer and a video of the speeches can be viewed below.

The talk was attended by approximately 40 people and was followed by a reception and a book signing by Professor Jackson of his recent publication “Judging Redmond and Carson”, Royal Irish Academy, 2018.

There were two display cabinets containing works by and about John Redmond and Edward Carson, alongside a digital display of their respective student and barrister memorials, and extracts from the biographies and texts contained in the cabinets.The small exhibition was curated by Renate Ní Uigín, Librarian, and was mounted with the assistance of Ms Louise Gartland, conservation technician.

A sketch of Edward Carson, by Thomas Ryan, was on display, as was a framed photograph of John Redmond.

Copies of various political cartoons featuring Carson and Redmond, located in the Inns’ collection of Punchand The Weekly Freeman, were also on display. 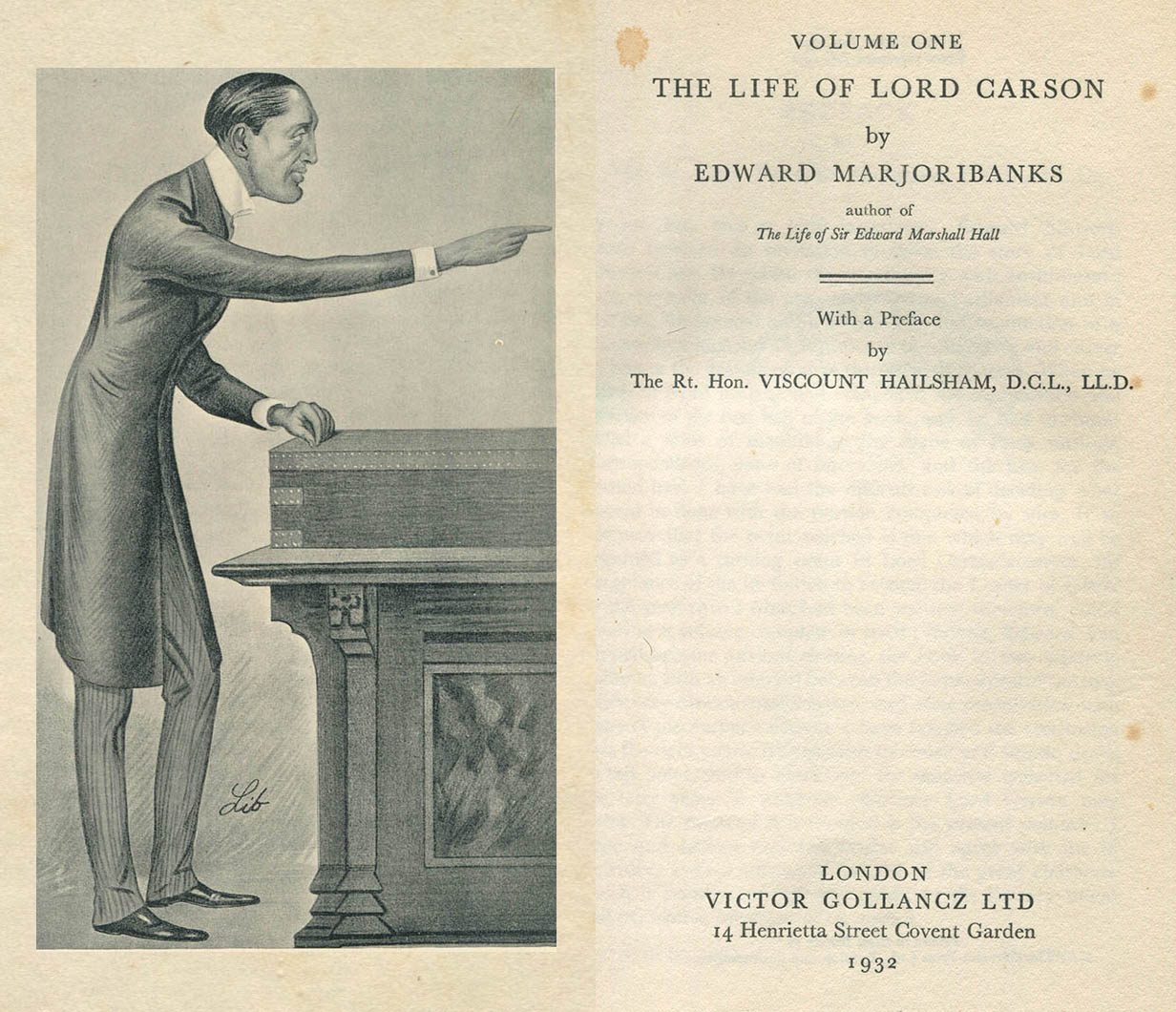