The Magna Carta or Great Charter is the foundation stone of the rule of law in the British Isles. It has provided the outline for modern democracies and has managed to remain relevant to the cause of human rights even today.

The original is a manuscript from 1215, but after the advancement of the printing press bound copies of the Magna Carta appeared, enabling it to be studied in far flung corners of the British empire. The printing press then was as revolutionary as the internet now in spreading information. Many of the Magna Carta’s basic ideas were incorporated into the American Constitution and it is likely that the American revolutionaries used a printed copy similar to the one that is held in the King’s Inns Library which is the first printing of Tottel’s expanded Magna Carta.

Considering the importance of the Magna Carta it is to no surprise that this copy went through many hands not only the ones who studied it but also the ones who repaired it. The original 16th century binding was lost and replaced by newer early 19th century style one.

The rebinding of this Magna Carta would have been done in a typical bookbinding workshop of that period as depicted in this engraving. One can see that every person has his designated task. The man to the left is flatting newly folded sections with a bell–shaped hammer; the person in the middle is sewing these sections to a textblock on the sewing frame. The second person from the left is trimming the bound book with a so called cutting plough. Notice the shavings under the worktop behind him. As more and more people became literate, demand for books and paper increased and books that were offered for rebinding were often cut right up to the text to get the best yield of paper shavings for recycling.

To the very right we see the ‘master binder’, a man of importance as he is the only carrying a wick. He is at the top of the hierarchy, he does the gold work on the book. He would have put a few simple gold lines on the spine of this Magna Carta copy. The left of the master binder is the apprentice boy, nicely dressed to deliver the newly bound copy to the King’s Inns Library. 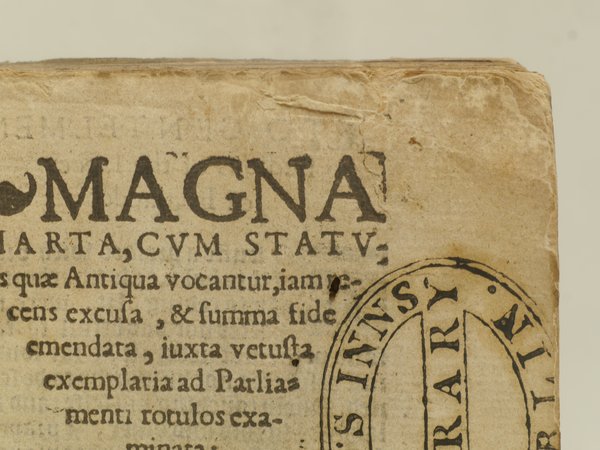 Image 3: The title page with Kings Inns stamp. The stamp predates the rebinding which has taken a hit by the binder’s cutting plough.

Now this Magna Carta has – again – gone through the process of rebinding, but slightly different this time. The aim was to recreate a binding that would befit more its 16th century origin.

After removing the spine leather and linings I discovered a sound turn of the 19th century sewing structure. Though the binding of my predecessor has collapsed, his sewing has stood the test of time and on his work I built a new cover. To me this is exactly where the difference between conservation and restoration lies. Would it have been restoration, I would undo his work, take the whole book apart and resew it on raised cords as it would originally have been done. With ‘conservation’ however, I leave the healthy part untouched. In this case the sewing structure of my early 19th century predecessor on whose efforts I rebuild this book.

The old paper linings were replaced by new cloth and paper and new endpapers and boards were attached. False bands are added onto the existing binding structure to mimic the appearance of book of centuries ago. With a new calf skin jacket showing raised bands this Magna Carta is back from the future not misfitting a 16th century bookshelf. 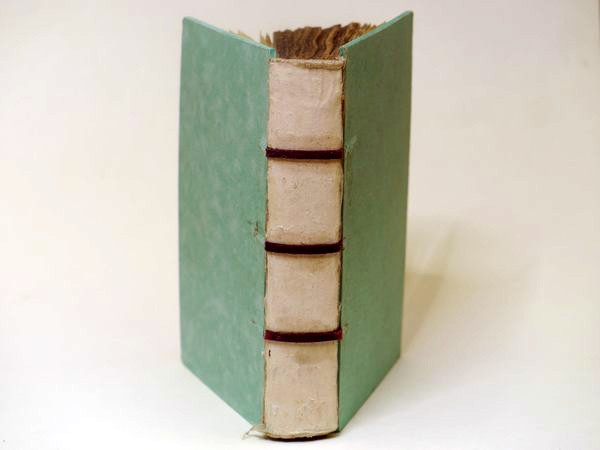 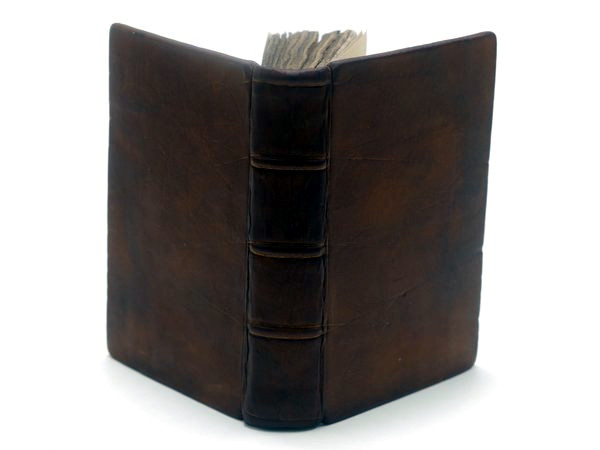 Image 5: With a new calf skin jacket showing raised bands this Magna Carta is back from the future not misfitting a 16th century bookshelf.