“This giant exaggerated female arm is a kind of spell that I’m trying to cast over the institution in terms of the possibility of the female body in the institutional space.”

Syllabus is a new artwork by the Irish artist Jesse Jones. A monumental, 12m high semi–transparent curtain is being moved through the gallery, creating a space–filling moving image of a floating, giant arm. It is the left arm of the well–known feminist and activist scholar Silvia Federici, embracing not only the institution, but also creating a new protective space in Kunsthal Gent.

As the contract between the artist and Kunsthal Gent reads: “Syllabus is simultaneously the space created by the curtain, the materials thereof, and all of the relational and temporal qualities of the artwork.” One of the conditions in the contract is that “… Kunsthal Gent shall host an activist reading group once every month for the duration of the loan. The syllabus for the reading group shall be set by Silvia Federici and Jesse Jones, and shall consist of selections from Federici’s works and others. Kunsthal Gent shall offer these texts for sale in the gallery in a single book bookshop.”

The contract was written by Máiréad Enright, a Senior Law Lecturer at Birmingham Law School and an alumna of King’s Inns. It refers to articles of contract law from marriage contracts to land binding agreements from the witch trials to the present day.

On opening night, the Ghent–based book club ‘Other Women’s Flowers’ that highlights women’s voices, was the first activist reading group to be hosted in the monumental artwork. Also Engagement, an artist–led movement tackling sexual harassment, sexism and power abuse in the Belgian arts field gathered there.

The work will remain visible as long as the conditions of the contract are respected. The contract (pictured below) is on view in the gallery, copies are available upon request. 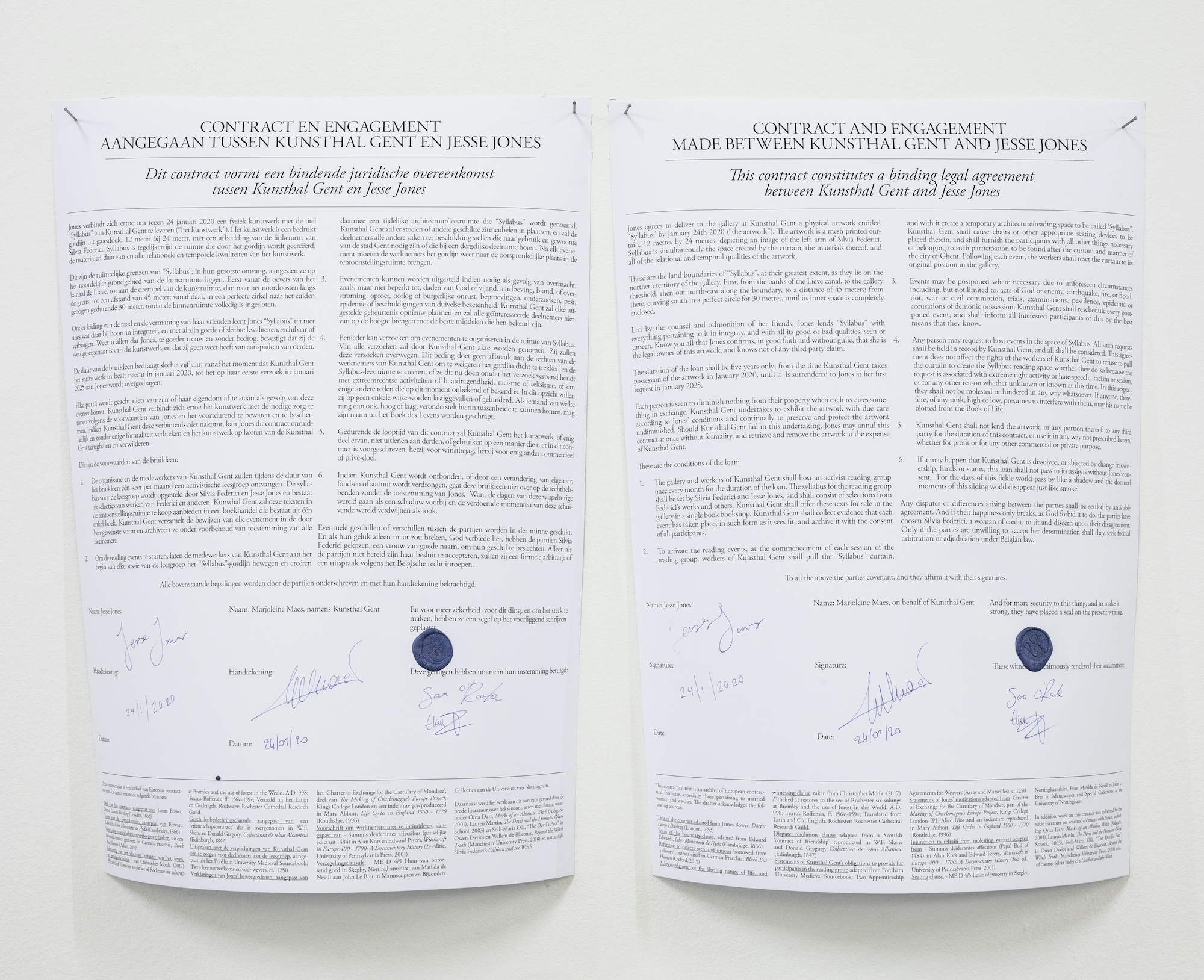 The single book bookshop can be found at the desk of Kunsthal Gent. The first book on the list is a recent book by Silvia Federici: ‘Witches, Witch–Hunting, and Women’ (2018).

Learn more about the exhibition at Kunsthal Gent here.