Four months in, Jesse Jones, the Inaugural Creative Residency Recipient reports on her journey so far at King’s Inns

Within a short space of time, my Creative Residency at King’s Inns (a joint initiative with Dublin City Council Culture Company) has impacted my practice as an artist. I always had an interest in the law and its impact on our shared lives as citizens, particularly on the lives of women in the State. Previously in projects such as ‘In the Shadow of the State‘; a centenary project with artist Sarah Browne, I focused on the way in which we might feel consent and non–consent in relationship to the body and the law. In 2017, I represented Ireland at the Venice biennale with ‘Tremble Tremble‘, a multimedia installation that focused on the role of the law in women’s body autonomy. It included a film starring Olwen Fouéré as a witch–like character declaring a fictional law: ‘In Utera Gigantae’.

Throughout the past few months rooted in King’s Inns, living on the grounds, experiencing the community of King’s Inns on a daily basis, my understanding of the law has shifted and deepened in so many ways. Firstly upon my arrival, the space felt a little intimidating and overwhelming. I spent the first few weeks in the library reading about the history of the grounds and the buildings itself, and I started to feel that there was something important about this place. One of the oldest unchanging places in the city, the motto “Nolumus Mutari” (meaning ‘we shall not be changed’) literally inscribed in the material surfaces. 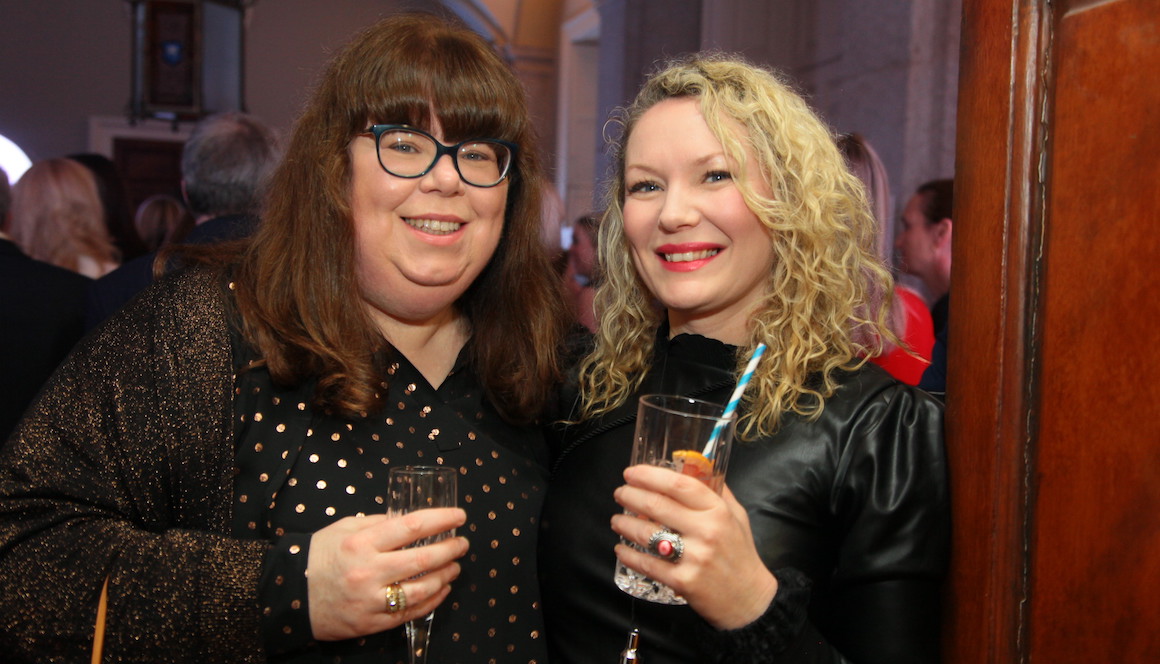 The materials of this place held time; marble, stone, brass and bronze, materials from another time in which time stretched both backward and forward, these materials felt important metaphors for how continuous the law feels, time as a material currency, legal time, incarceration time, historic time. Dining at King’s Inns was one of my first true understanding of the sense of tradition and community that King’s Inns symbolizes. One of the best experiences in their great Dining Hall was the ‘Celebrating a Century‘ dinner marking 100 years since the Sex Disqualification (Removal) Act 1919 was enacted on 23 December 1919. Sitting between incredible women who have been working in law as barristers, judges and advocates, hearing their passion for how it can impact people’s lives, disrupt the status quo, yet also give people a sense of compassion in some of the most difficult moments of their lives.

“This experience has been so valuable and the initial feeling of intimidation about the law was demystified as I realized there were so many crossovers between law and other forms of knowledge, philosophy, politics, art, social care, and the environment.”

I then started to attend lectures at King’s Inns, and this has been a really great way to see how the law is built as a learning inquiry from the ground up. This experience has been so valuable and the initial feeling of intimidation about the law was demystified as I realised there were so many crossovers between law and other forms of knowledge, philosophy, politics, art, social care, and the environment. Legal learning touched off everything and was useful to finding argument and critical thinking.

Parallel to this research I was making a project in Ghent in Belgium for an institution called Kuntshal Ghent. This was a young institution and was trying to think more deeply about time and what it meant to work with artists over longer periods of time and how materials could be more ethically used in contemporary art in the face of climate change and scarcity. I began to think through some of the learnings I was experiencing and one moment in particular struck a chord with me was when I attended an advisory meeting with King’s Inns about the creative residency. I was shown an image of a King’s Inns flyer from 1931, the Flyer described an upcoming semester’s syllabus and this word for measuring time resonated with me. Thinking through time as syllabus was a way to think of time as a critical shared experience of learning and seeing this as a threshold to the future through learning and inquiry. 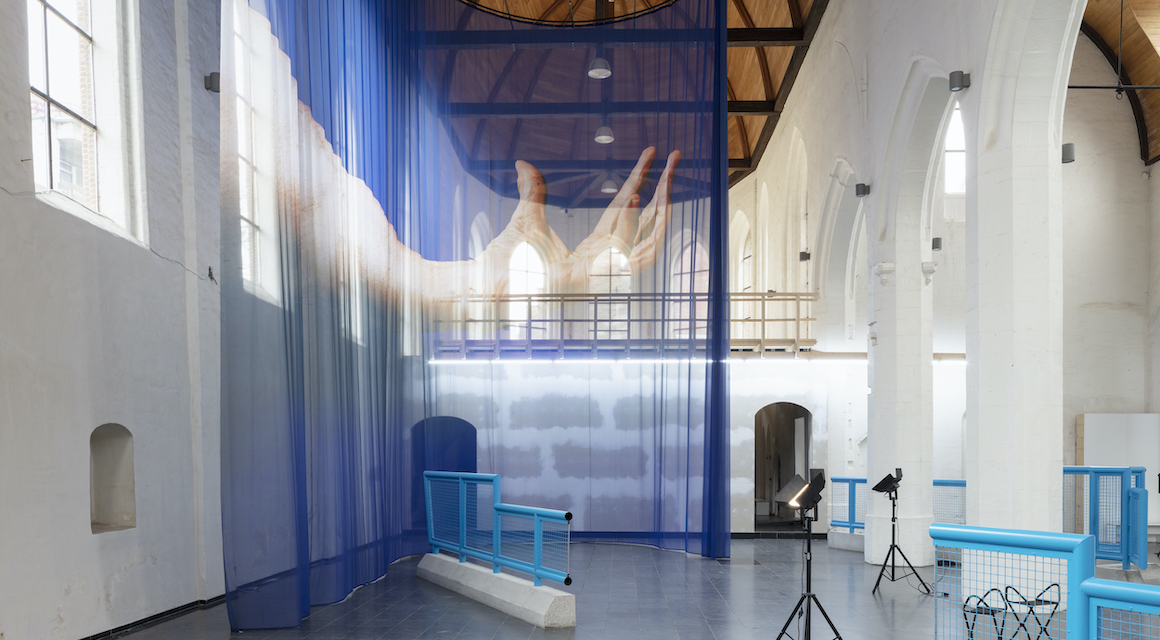 I then proposed the project to the Kuntshal entitled “Syllabus”. This project would be a 5–year reading program run by the Kuntshal with readings selected by feminist historian and activist, Silvia Federici. This program would be accompanied by a large physical artwork in the gallery, a 12 × 24 metre printed mesh curtain that would be moved through the space to create an area for activists to use as a free space in the gallery for 5 years.

“Using law and art in this way has opened up a new way of thinking for me as an artist on how the law can create new encounters with art and how this can resonate with the public as a commitment to time and intention.”

This massive commitment by the Gallery was insured through the creation of a legal contract by Máiréad Enright, a Senior Law Lecturer at Birmingham Law School and an alumna of King’s Inns. In this contract Máiréad animated legal texts from the historic witch trials as well as land contract agreements and loan contracts. At the opening of the exhibition, the contract was read aloud, a ceremonial contract signing, and sealing was witnessed by the public before the artwork was revealed. Using law and art in this way has opened up a new way of thinking for me as an artist on how the law can create new encounters with art and how this can resonate with the public as a commitment to time and intention. The legal contract was displayed in the gallery for the public and exists as an artwork piece in itself as well as a legal commitment by the gallery to host the noted public events for 5 years.

Read more about the exhibition here.

This experiment came directly from my experience at King’s Inns these past few months, which has been invaluable in deepening my connection between art and law in practice. It also has opened up a way to think about how the public is deeply affected by the law and how it holds a particular sense of importance in our collective imagination. As I have been a resident at King’s Inns over these past few months, one place that I have observed to be a potential stage for an intervention in the space is the front lawn of the King’s Inns park. 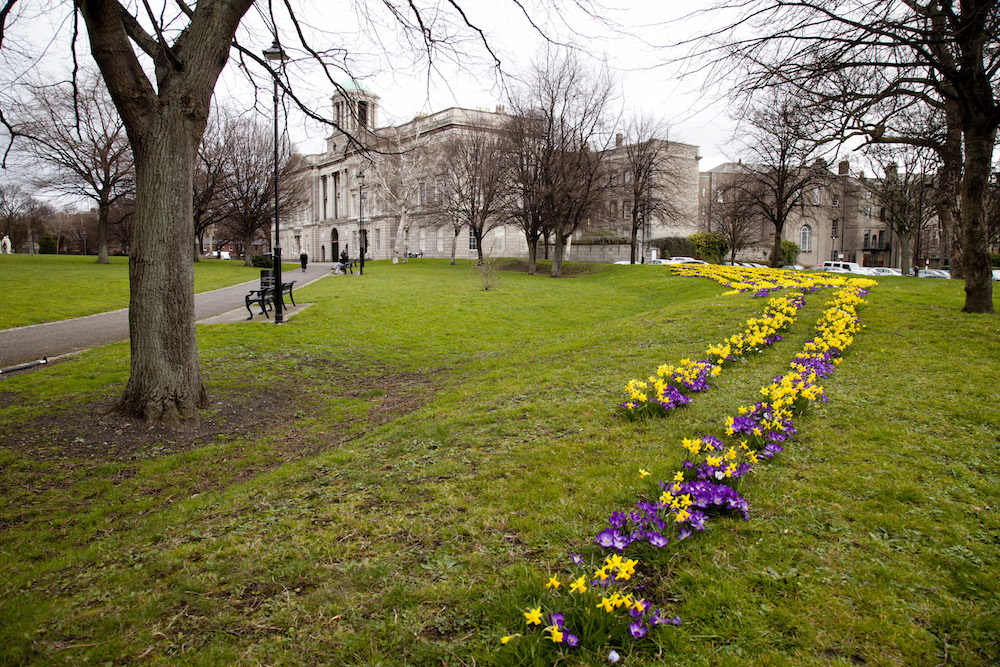 This site is a threshold space between the city and the King’s Inns itself. I am currently investigating how to create a piece of artwork here that would bring a sense of how the law effects each and every person within the State; from litigant, to jury member, each person has a connection to the law. I am now aiming to focus on this ordinary encounter with the law to produce an artwork that connects people to how they too have experienced law in their lives and how we might see our own power individually and collectively within the law.