The Creative Residency which commenced on 1 September 2019 for 6–months supported Jones to explore her practice and the theme of art and law, and to develop a new work, with reference to King’s Inns and the extraordinary and historic environment of Henrietta Street, where both organisations are based.

Jesse’s work has a strong connection to law and activism, perhaps most noticeably seen in Tremble Tremble, her representation for Ireland at the 2017 Venice Biennale. In continuation of this interest for the Creative Residency she planned to collaborate with legal advisors, key workers and activists to create a new work.

Further information and updates on the Creative Residency can be found here.

When initial Lockdown came into force on March 12, King’s Inns and Dublin City Council Culture Company extended Jesse’s residency by a further 6–months, so she would have the appropriate time and resources to complete her research and final exhibition.

In her own words, Jesse writes about her extended stay during ‘Lockdown’

‘Lockdown’ at King’s Inns was a memorable experience, and one I never thought I would have in my life. I spent more intensive time in this residency than perhaps any other residency in my artistic life. When I first moved into the garden cottage on the King’s Inns grounds for the Creative Residency programme last September, I was impressed with the timeless but imposing architecture of the James Gandon building. I spent the first few weeks in the library reading about the history of the site and its inhabitants. In particular, looking through the archive of Averil Deverell, one of the first two women to be called to the bar in the British Isles (Dublin was ahead of London).

What I was searching for in these initial moments was a way to describe the material of the law. Was it in sound, speech, language, or was it held somehow magically in the folds of paper stacked in the library and archives? An idea slowly began to emerge that perhaps the material of the law was caught in time itself. I began to see this ‘legal’ time in the materials of the granite and the fabric of the buildings, here they stood over centuries in an ever–changing cityscape. Their stoic stoniness had stood through, the Act of Union, the Great Famine, a revolution and a Civil War, and they stood through all that with the proud motto NOLUMUS MUTARI: we do not wish to be changed! That was until everything changed.

An idea slowly began to emerge that perhaps the material of the law was caught in time itself. I began to see this ‘legal’ time in the materials of the granite and the fabric of the buildings, here they stood over centuries in an ever–changing cityscape. 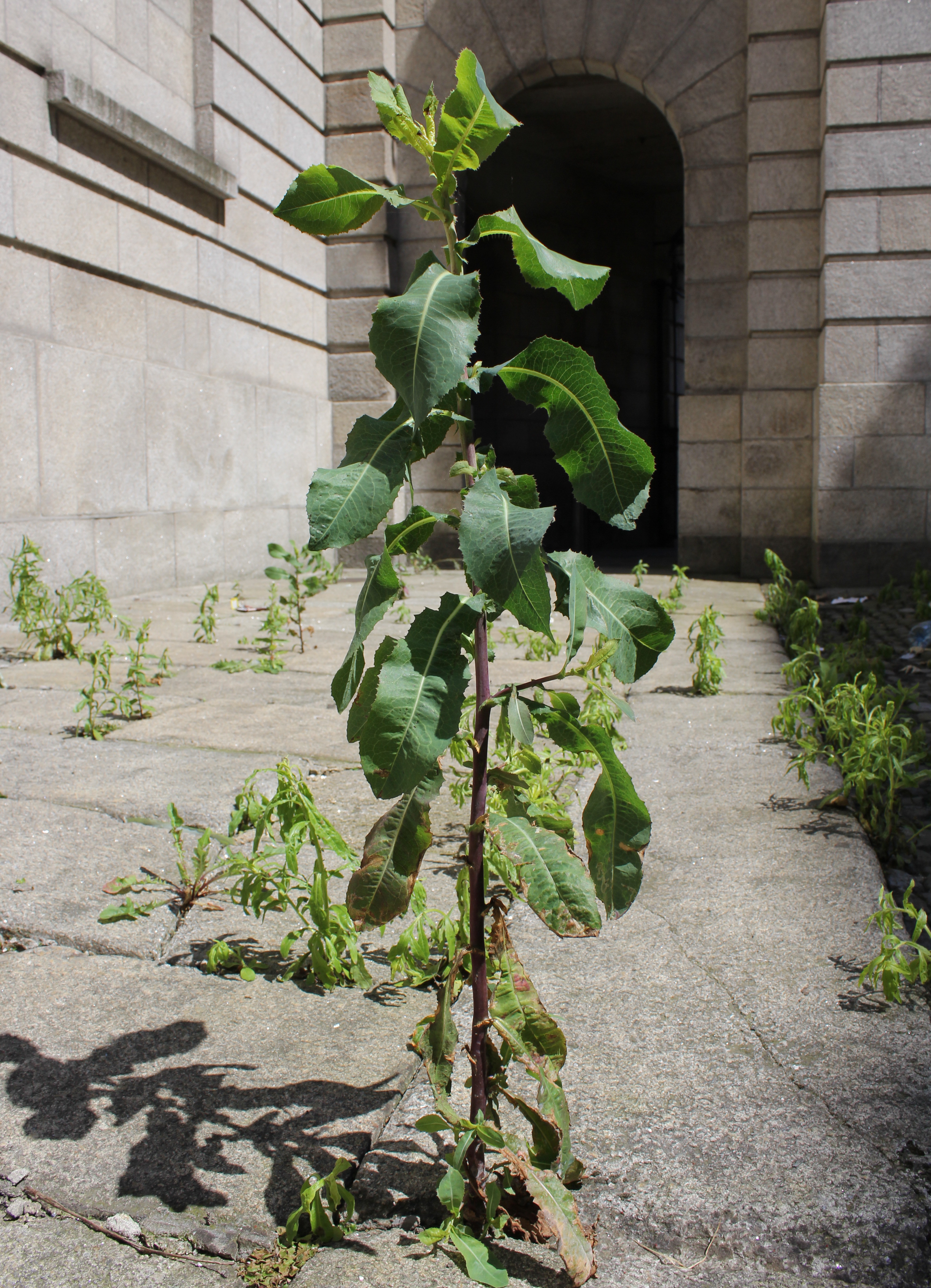 When initial restrictions were starting to lift, Dr Lisa Godson (a researcher and lecturer at NCAD, and a close friend and colleague of mine) and I sat, following social distancing guidelines, in the beautiful and precisely maintained garden of Máirín de Burca. When it comes to the law, de Burca, now 82 has seen it all; countless arrests, housing occupations, imprisonments, court injunctions and fines. She is most publicly known for her role in changing history with her involvement with the Juries Act, 1976, which she and Mary Anderson challenged the State to allow women to sit on juries for the first time since 1927.

I first heard of Máirín through research I was doing in 2016 for a centenary project called “In The Shadow of the State” with Sarah Browne. We were looking at the role of the female body in relationship to the law and were fascinated at how the women’s toilets were only installed in the Four Courts after the Juries Act, 1976 came into force – finding out that Máirín had a hand in this architectural intervention and its historical context was fascinating. I always wanted to find out more about her life story and how she felt about the law now after being involved in such a profound moment of transformation. 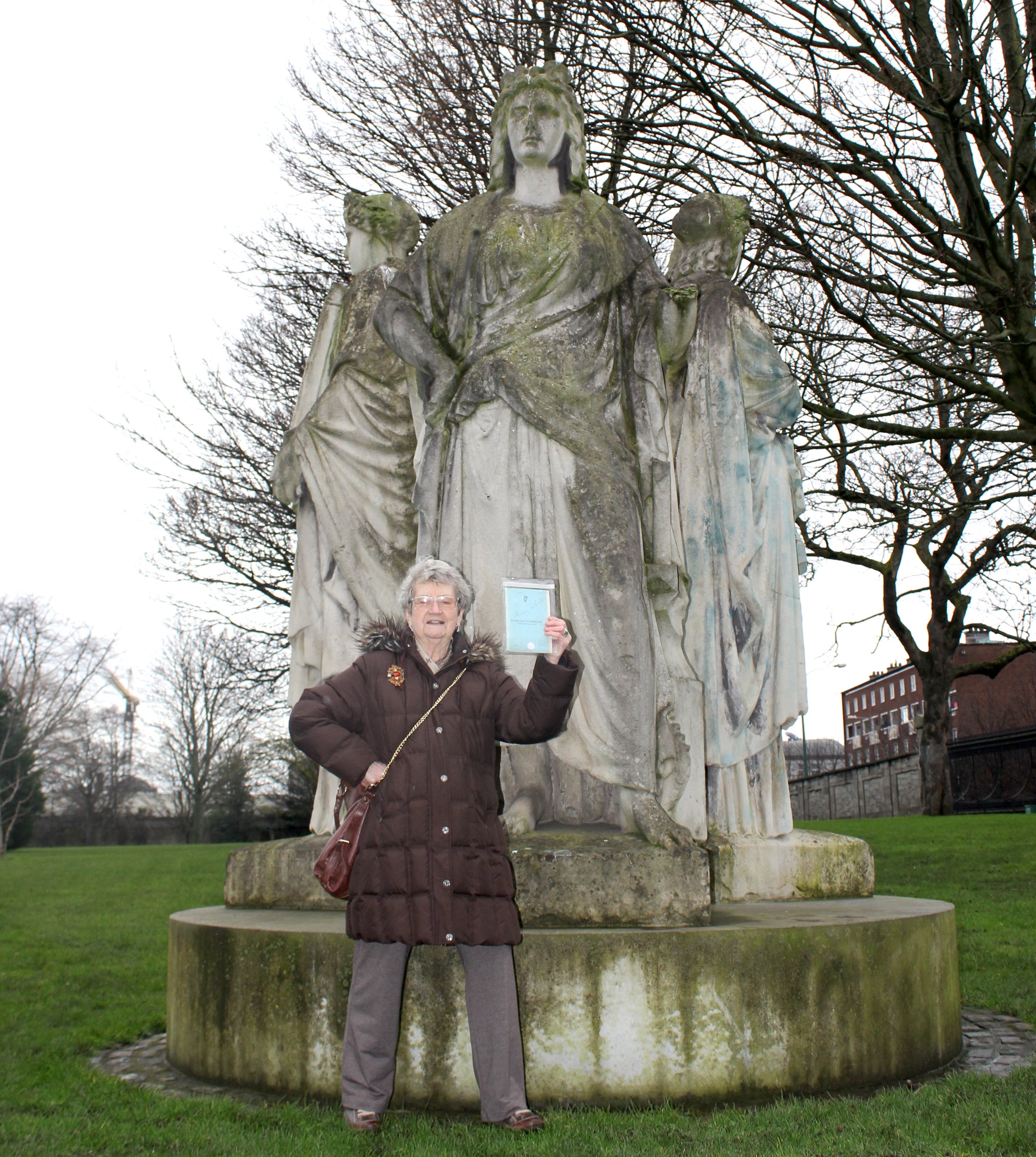 I have been working with Máirín over the past few months to create a monument to the role of the radical litigant, someone who has shaped the law through rebellion and in turn developed the way we see ourselves in relationship to the law. As part of this project, Lisa Godson has been collecting an oral history of Máirín’s life through a series of long interviews. These materials will be housed alongside Máirín’s personal archive at King’s Inns.

This archive will become a teaching tool for students and the public, and will be discussed in a Culture Club event hosted by Dublin City Council Culture Company with myself, Godson and de Burca sometime soon at the Richmond Barracks.

Due to COVID–19 restrictions set on Dublin at the moment, this event was to take place on Monday 21 September. It will be rescheduled at a later date.