Despite the Covid–19 constraints, mooting at King’s Inns went from strength to strength in 2019–20 and remains a highlight of the extracurricular calendar. The past academic year saw a busy schedule of mooting activities, internal and external competitions and King’s Inn’s first ever virtual mooting final. Congratulations to all those who participated in another great year of mooting at King’s Inns.

The first moot of the year, the Antonia O’Callaghan Memorial Moot, is an exhibition moot designed to showcase mooting to those new to the activity. It was won by Katie Nagle (Modular 2), who prevailed against Cian McGoldrick (Full–Time BL degree). The moot was judged by the Hon Mr Justice Denis McDonald, the Hon Ms Justice Tara Burns and the Hon Mr Justice Senan Allen, all of the High Court. 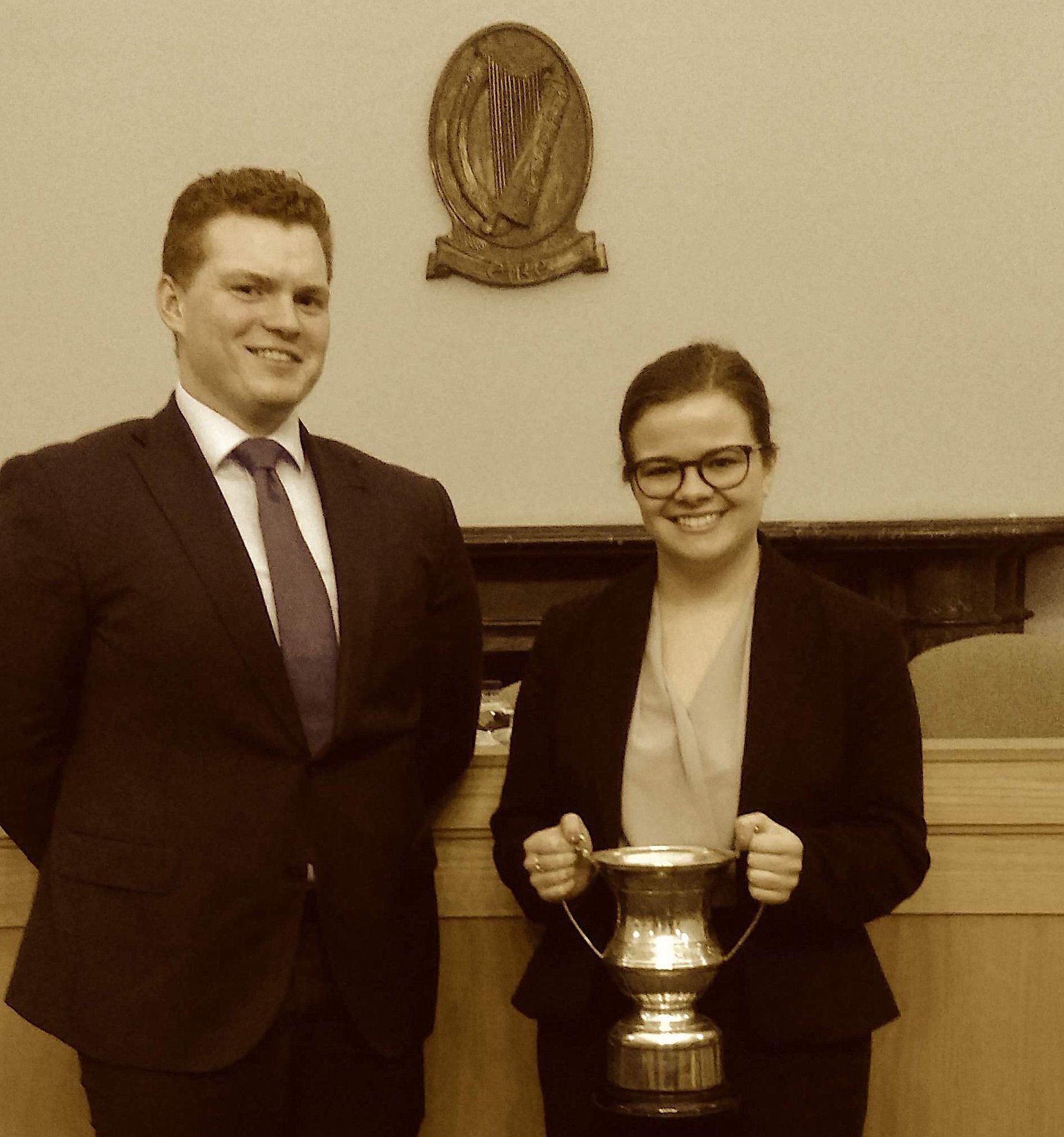 The Maiden’s Moot, open to those with no prior experience of mooting, was the focus of the internal mooting calendar in the first semester. After five rounds of fierce competition, an initial field of 50 competitors was pared down to two finalists. The final, judged by the Hon Mr Justice Kevin Cross, the Hon Mr Justice David Barniville and the Hon Ms Justice Teresa Pilkington of the High Court, was won by Shane Knox (Diploma 2), who defeated Séamus Collins (Full–Time BL). The question for this year’s final was written by Céile Varley BL and concerned climate litigation and the justiciability of unenumerated environmental rights. 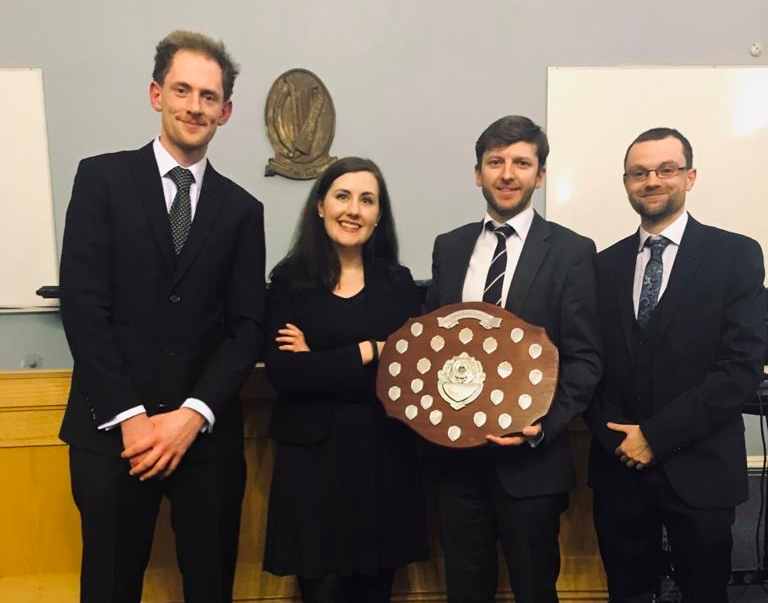 The major in–house competition, the Brian Walsh Memorial Moot, was held after Christmas. Ordinarily, the final would have been held in the Four Courts in May, although this was not possible in light of the Covid–19 restrictions. Instead, the King’s Inns held its first ever virtual moot final, judged by the Hon Mr Justice John Mac Menamin of the Supreme Court, the Hon Mr Justice Maurice Collins of the Court of Appeal and the Hon Ms Justice Mary Rose Gearty of the High Court. The final question was written by Cillian Bracken BL and concerned a challenge to the constitutionality of a fictional Special Difficulty Order amending time limits applicable to general elections. Many of the family of the late Mr Justice Brian Walsh were in attendance, including his daughters Dairine Walsh and Gabrielle Murray, as well as Gabrielle’s husband, former Chief Justice, the Hon Mr Justice John Murray. Both speakers put in assured performances and withheld sustained questioning from the Bench. Ultimately, Sean Aherne (Full–Time BL) prevailed, defeating Cian McGoldrick (Full–Time BL).

We are grateful in particular to the Benchers who kindly judged the finals of these competitions, and to all who volunteered their time to judge the preliminary rounds and without whom the competitions could not be run.

The King’s Inns team for the International Criminal Court Moot Competition was Seán Beatty, Olivia Crehan, Sarah Flood, Rebecca Hanratty and Marguerite O’Connell. This was the Inn’s third year of entering the ICC competition, following two years where Inns teams reached the final of the competition, finishing third and second overall respectively. There was every indication this year that that the ICC team would have enjoyed similar success. At the end of March, the ICC competition cancelled the oral rounds which were due to take place in the Hague in June. Despite the disappointment, the team took it in good spirits and went on to participate in a number of virtual training sessions. Congratulations to the team on their hard work and excellent research throughout the year. 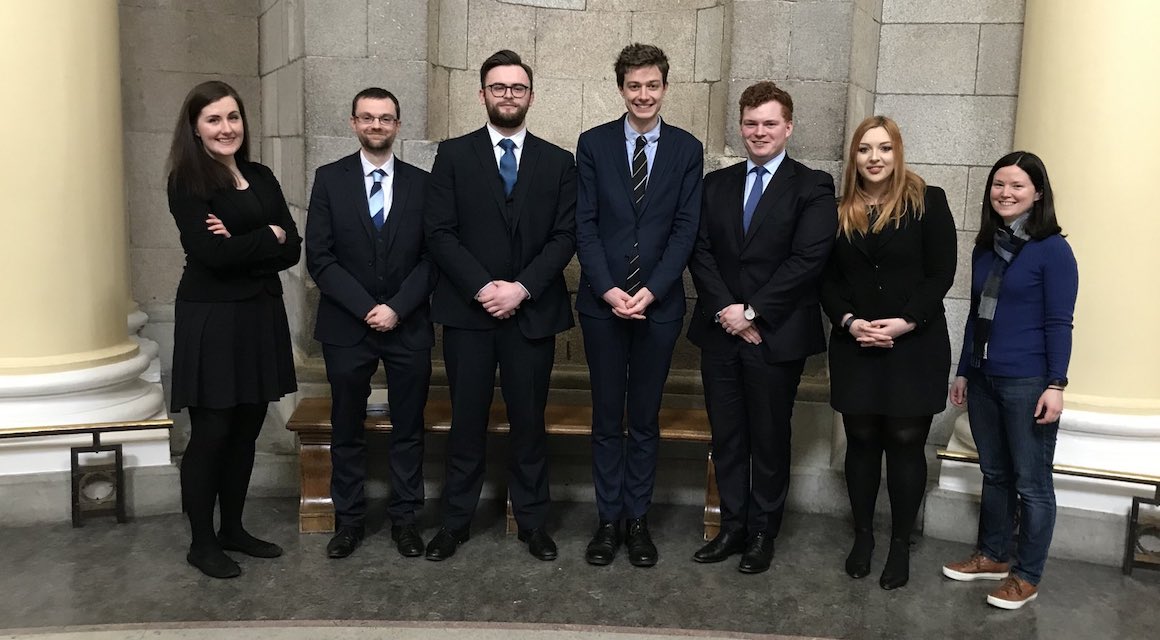 The King’s Inns team for the Philip C. Jessup International Law Moot Court Competition, the largest mooting competition in the world, was composed of Adam Hanlon, Katie Glennon, Cian McGoldrick and Conor Rock. The team narrowly lost out in the Irish national round despite terrific mooting performances by all. In any event, the international rounds, due to be held in Washington D.C. in April, were cancelled due to the Covid–19 pandemic. Congratulations to the team for their great work during the year. 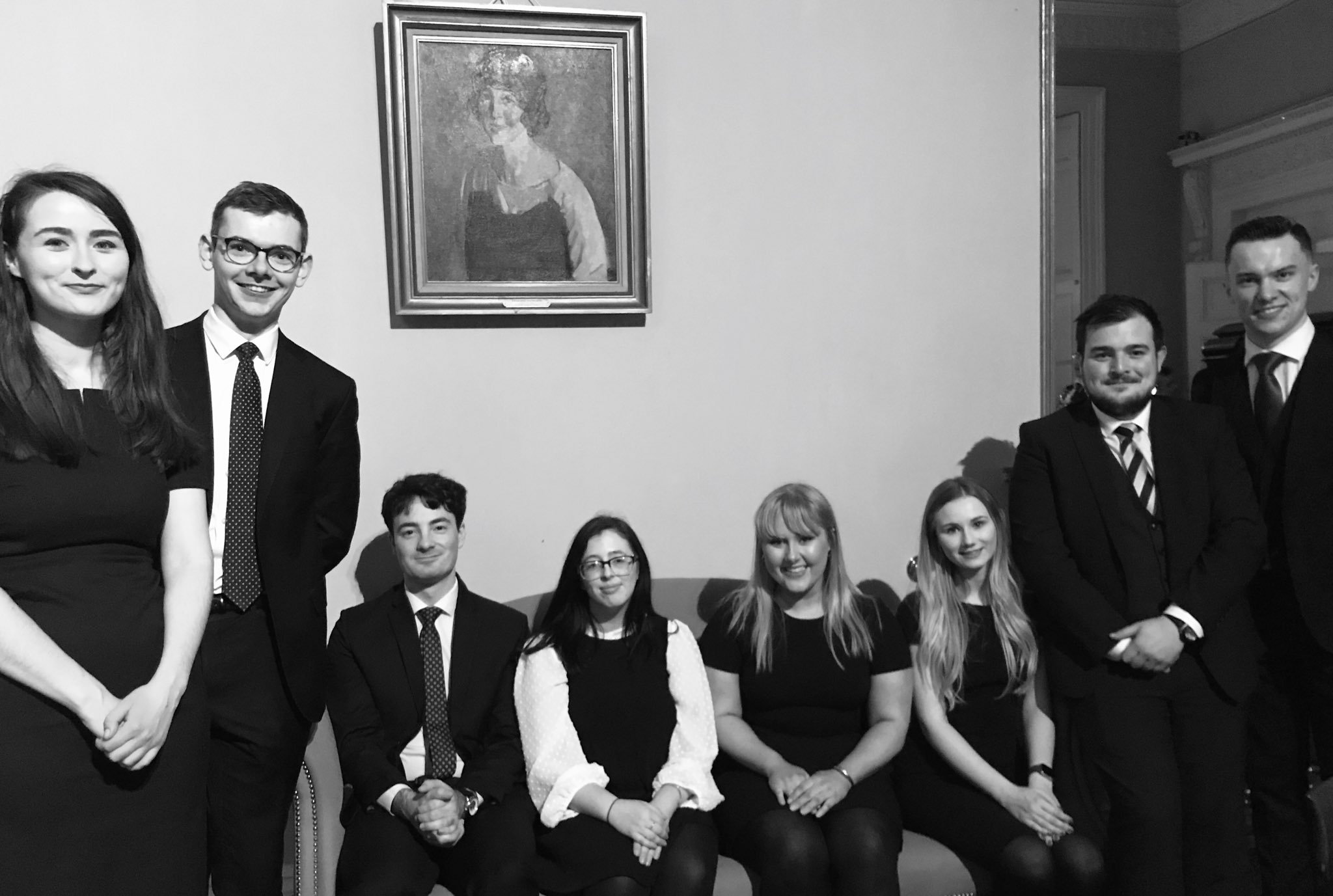 Congratulations also to Olivia Crehan, Patrick Dunne, Seán Beatty and Rebecca Hanratty who made up the Inns team which contested this year’s

Eoin Higgins Memorial Moot against the Institute of Professional Legal Studies, Queen’s University Belfast. This moot is held annually on a rotating basis between Dublin and Belfast. The moot was held in Dublin this year and was judged by the Hon Mr Justice Brian Murray of the Court of Appeal, the Hon Ms Justice Deirdre Murphy of the High Court, and the Hon Mr Justice Ian Huddleston of the High Court of Northern Ireland. Congratulations to the IPLS on their victory and to the members of the Inns team, and coach Declan Harmon BL, for what was an excellent performance in spite of the result.