The Launch of Volume X, the tenth–anniversary volume of King’s Inns Law Review (KILR), took place on Tuesday 2 November 2021 in the Dining Hall of King’s Inns – following Covid–19 guidelines at the time of the event.

Attendees included authors, some former editors, patrons and friends of the Review, and members of King’s Inns. The Hon. Mr Justice Gerard Hogan of the Supreme Court of Ireland delivered the keynote address entitled “Reflections on Irish and EU Administrative Law”.

A prize of €500 was awarded to Shane Finn for the best article submitted for his article Case Note: Student Transport Scheme v. Bus Éireann [2021] IESC 22. A further prize of €500 was awarded to Ruairí McIntyre for the best submission on the theme of ‘The Irish Administrative State’, What is the Meaning of ‘Ombudsman’? A Biological Analysis of the Irish Administrative State.

On the night, the Editors–in–Chief Cian Henry and Ursula Quill thanked all those who contributed to the Review this year. To King’s Inns for their assistance and support in coordinating the year’s activities, the patron and friends for their kind donations, and the entire Board for their work leading up to the publication of Volume X.

You can buy a copy of Volume X plus previous editions through the link below.

The Hon. Mr Justice Hogan touched on a broad range of topics during his address, from the superannuation benefit entitlements of an Austrian academic to Sherlock Holmes. He began by outlining his belief that much of modern administrative law is really statutory interpretation – which he noted to be “something of a rare and underappreciated skill”. Justice Hogan expanded on this by stating the centrality of “the actual text of the statue”, and by extension, the need for careful textual analysis. He explained that “…court should rarely depart from the natural and ordinary meaning of the text of the legislation.” The importance of the text is “critical”, being the “product of the democratically elected law–giver”. As such, “the text is the voice of the legal sovereign”.

Justice Hogan also discussed judicial independence and the rule of law, in particular in the context of judicial powers being granted to non–judicial bodies and discussed the broader issue of the definition of a ‘court or tribunal’ with reference to European Court of Justice Case C‑274/14 involving Banco de Santander SA. 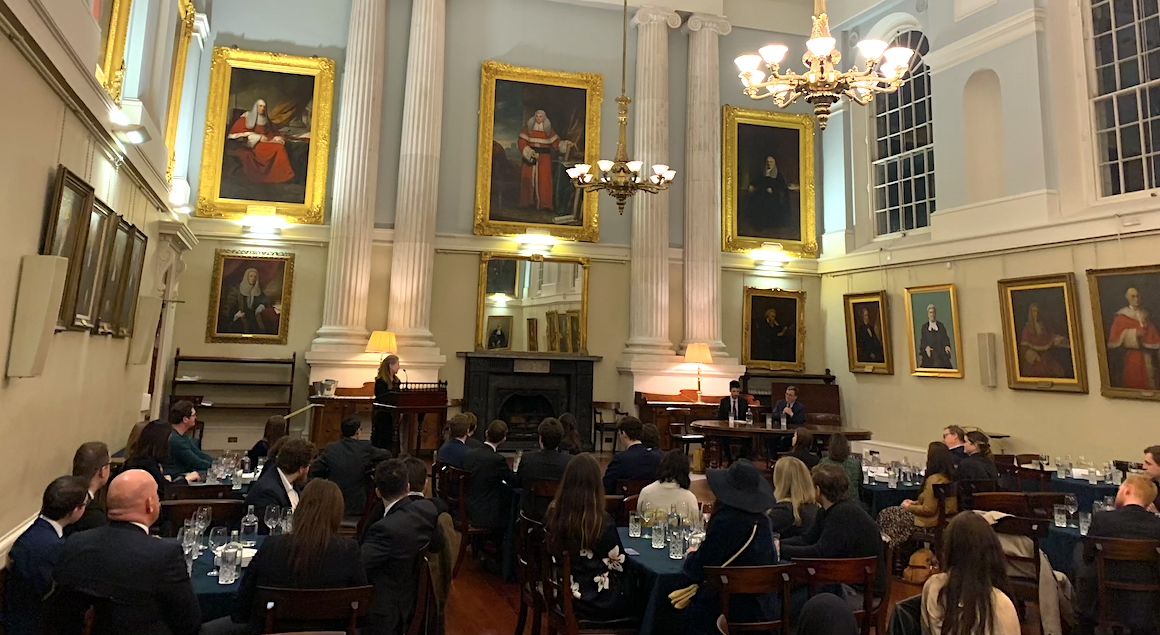 Launch of Volume X of the King’s Inns Law Review

The final and more light–hearted question, closing off the address, asked which Arthur Conan Doyle book was Justice Hogan’s favourite. He replied that it had to be the Hound of the Baskervilles, whose first three to four chapters he believed to be “some of the best prose in the English language.”

The King’s Inns Law Review (KILR) is an annual peer–reviewed law journal published independently by the Diploma and Degree students of King’s Inns. The core purpose of the Review is the promotion and fostering of legal scholarship, both in King’s Inns and the wider legal community across Ireland, Europe and further afield.

Learn about the King’s Inns Law Review and their yearly activities here.