Welcome to the tenth edition in the series of Alumni Stories with Diane Sutton, our Member Relations Officer. The last conversation in the Series was with James Mulcahy BL, Assistant General Counsel and Senior Vice President at Citi, and a Council member of King’s Inns. Read his interview with Diane HERE.

In this Series, Diane is chatting to our alumni community focusing on the degree of Barrister–at–Law first before we delve into other course graduates. This initiative will hopefully embrace the diversity of our alumni and members who are practising in the Courts in Ireland and internationally, but also working in many other professions like communications, politics, the public sector, education, and policy. Read the Series so far HERE.

If you are interested in being part of our alumni series, drop Diane an email at MEMBERS@KINGSINNS.IE.

About the Labour Court

Since its inaugural meeting in September 1946, the role of the Labour Court has changed and evolved over the years. Initially, it was established to promote harmonious relations, resolve trade disputes, and establish mechanisms for regulating particular pay and conditions. The Workplace Relations Act, 2015 provided the most profound changes to its function, and it is now empowered to make decisions on matters of employment law, its mission statement “to provide high quality, fair and impartial arrangements for the resolution of industrial disputes and the determination of appeals in disputes based on employment law”.

The 75th anniversary provided an opportunity to celebrate its service to the State over the years and the people that contributed to its legacy, on which they continue to build.

Dr Kevin Duffy BL highlights the evolvement of the Labour Court very much mirrors what has happened in employment generally with the continuing development of workers’ rights. Kevin started his working life in the building trade; he was a member of the Ancient Guild of Incorporated Brick and Stonelayers trade union, appointed Assistant General Secretary in 1973, and General Secretary in 1978.

At that time, Kevin confirmed there was little or no law governing the employment relationship;

“In those days, the nature of the employment relationship and the terms and conditions under which it existed were largely determined by collective bargaining. So, the agreement defined what your entitlements were, and if there wasn’t an agreement…it didn’t exist.”

In 1987, Kevin joined the ICTU (Irish Congress of Trade Unions) and was appointed Assistant General Secretary the following year. His role included representing the trade union movement in negotiations with the Department of Labour, resulting in the Industrial Relations Act, 1990. This was the first significant reform of the legal framework in which trade unions and workers could engage in industrial action to further a trade dispute without incurring legal liability since the enactment of the Trade Disputes Act, 1906.

The 1990 Act also radically reformed the institutional framework for the resolution of industrial relations disputes with the establishment of the Labour Relations Commission (now the WRC – Workplace Relations Commission). During his time at the ICTU, Kevin sat on the Civil Service Arbitration Board and the Bar of Ireland’s Disciplinary Tribunal. Together with Turlough O’Sullivan of IBEC, he was also responsible for resolving many challenging and complex disputes.

The path to study

When Kevin became Deputy Chair of the Labour Court in 1997, he confirmed: “about 98%” of the work at that point was industrial relations. The enactment of the Organisation of Working Time Act that same year meant that jurisdiction was given to the Labour Court rather than the Employments Appeals Tribunal. An increasing importance of legal knowledge in his role over the next few years, coupled with a long–held interest in the law, prompted Kevin to apply to King’s Inns in 1999. In doing so, he was greatly encouraged and supported by Ms Justice Susan Denham, with whom he then served on a working party set up to establish what is now the Courts Service.

By Kevin’s admission, he had been happy to leave school in his teens (”all I wanted to do is get out of it!)”. Hence, it’s a remarkable achievement that his first return to education was enrolling in the Diploma in Legal Studies at King’s Inns. Kevin continued to the degree at Barrister–at–Law professional course and was called to the Bar in 2003. 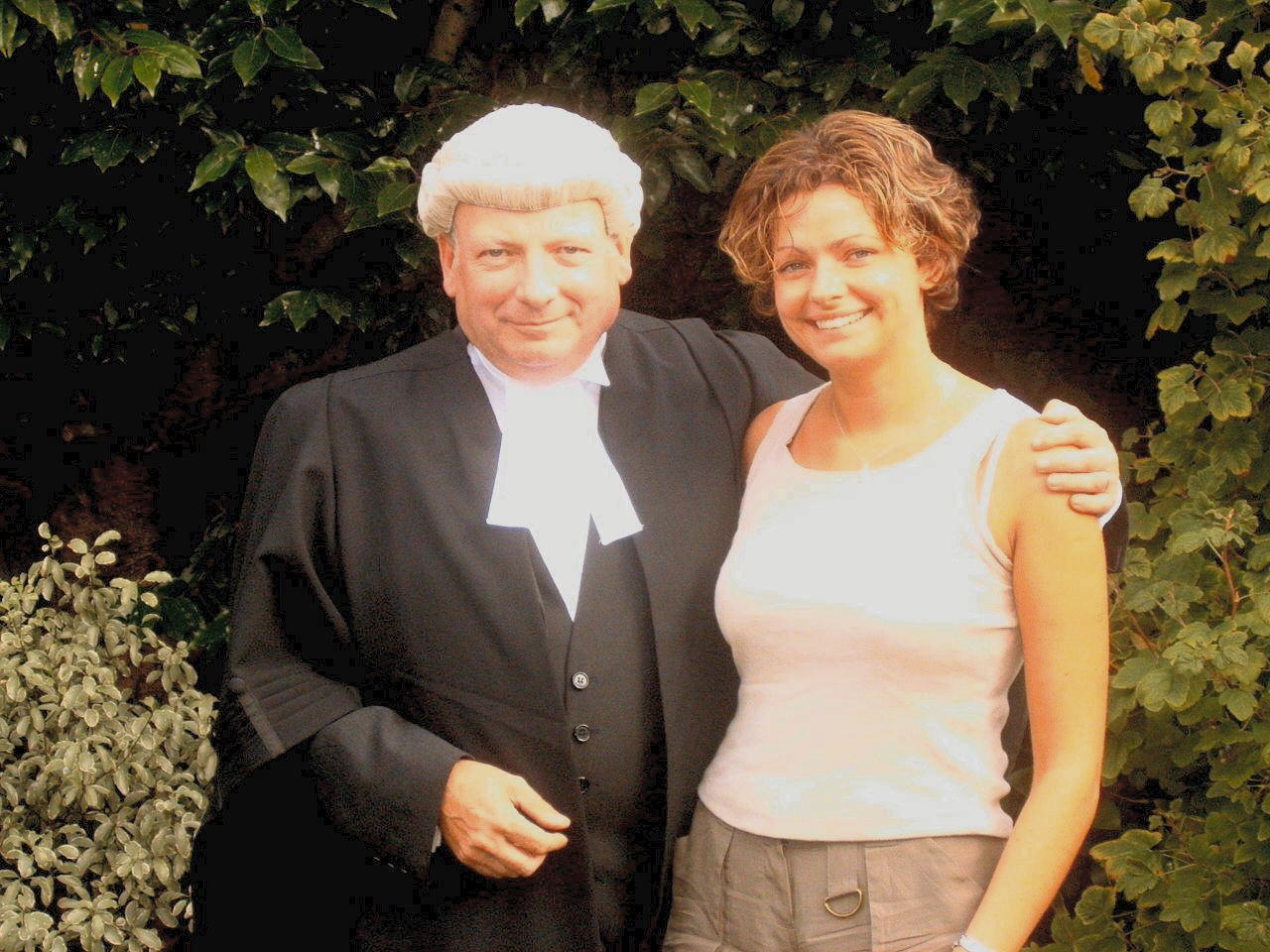 Kevin at his call to the Bar ceremony in 2003

Kevin was appointed Chair of the Labour Court the same year as his graduation; there were many achievements during his thirteen–year tenure, but he is most proud of the groundwork undertaken for the Labour Court to be designated as the sole appellate body in all employment rights disputes under the Workplace Relations Act, 2015.

“That, in effect, transferred all of the jurisdiction that was previously vested in either the Equality Tribunal or the Employment Appeals Tribunal to, in the first instance, adjudication officers of the WRC and the appellate jurisdiction was with the Labour Court. So, the Labour Court now is predominantly an employment rights adjudicative forum.”

What next for Kevin?

He also provides training courses in employment and equality law for the Irish Congress of Trade Unions and acts as an advisor to Congress on matters relating to employment law. He is an occasional lecturer on equality law at the Academy of European Law in Trier and a guest speaker on the Advanced Diploma in Quasi–Judicial Decision–Making course at King’s Inns.

Kevin also provides consultancy services in industrial relations and acts as a facilitator in resolving employer/trade union disputes. His principal hobby is cycling – he spends most of his leisure time cycling in the Dublin and Wicklow mountains and further afield.

Louise O’Donnell BL started her working life in the civil service in the early 80s as a clerical assistant. She went to work for IMPACT Trade Union (now Fórsa) in 1997. Initially an Industrial Relations Officer, she graduated as Assistant General Secretary around 2001, representing workers in local authorities and the Civil service. That same year Louise enrolled for a degree in Industrial Relations and HR at UCD.

Louise was promoted to National Secretary in 2005 with responsibility for the Civil Service Division – the first female to be promoted to a permanent position at this level and to be part of the management team. She was elected to the Executive Council of the ICTU in 2005 and served several terms. Shortly afterwards, she was appointed to the Health and Safety Authority Board, where she served two terms and then was appointed to the Board of the Equality Authority. She moved internally within the Union to take up the position as head of the Health Division, representing 30,000 members (at that time, nearly half the membership of the Union).

In 2015, Louise was nominated by ICTU to be a worker member of the Labour Court. On taking up that position, she enrolled in the Diploma in Legal Studies at King’s Inns. With a solid industrial relations background, Louise felt that the Diploma offered the opportunity to round off her skill set;

“I felt it would give me a strong legal foundation and understanding of legal principles, which would assist my role in the Labour Court.”

As a result, Louise was appointed Deputy Chair of the Labour Court in 2016, only the third female since the foundation of the Court to hold that position. This role involves managing hearings and ensuring parties are afforded fair procedure; the Chair is also charged with writing up the division’s decision that heard the case. 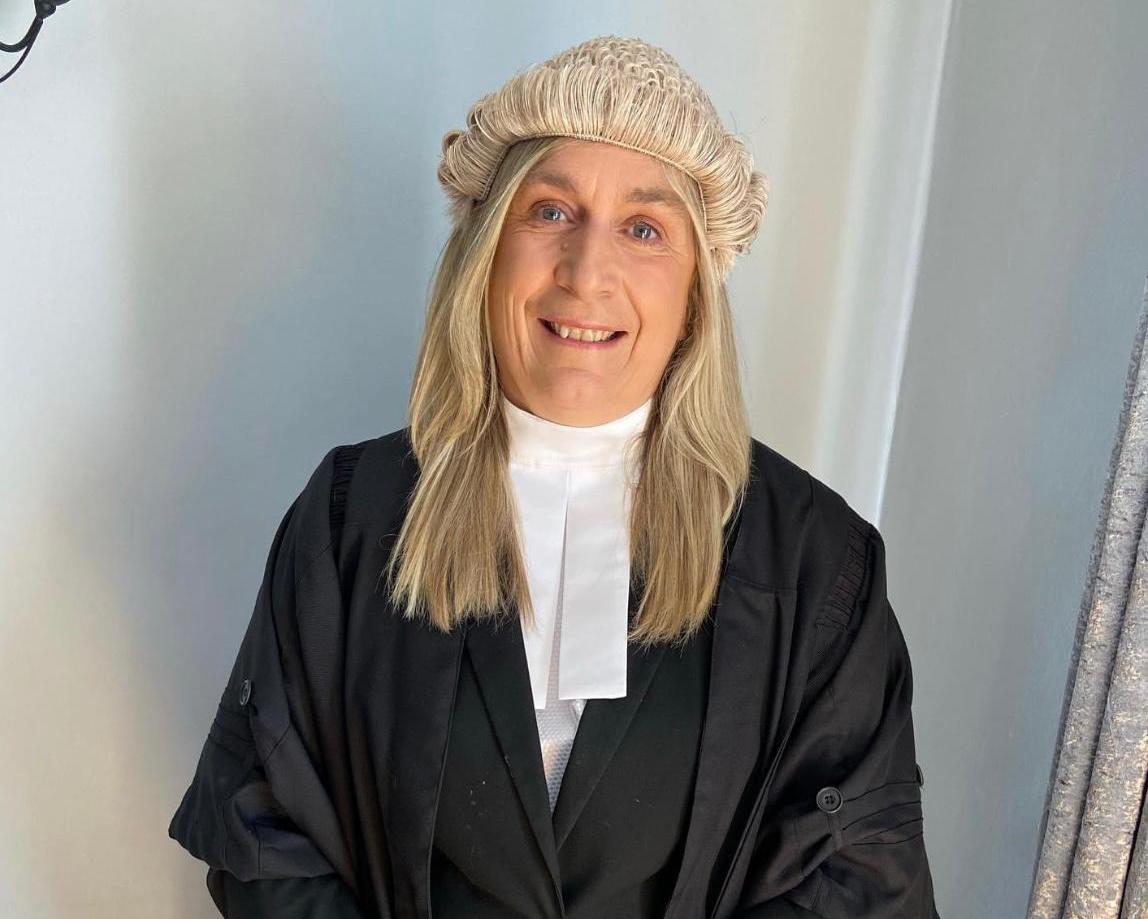 Louise at her Call to the Bar ceremony in 2020

Having completed the Diploma, Louise graduated with the degree of Barrister–at–Law professional course. Over her four years as a student at King’s Inns, she was an active participant in student life, enjoying mooting and working on KILR (Louise confirms she attended a meeting to support a classmate who wanted to be involved, and came away the Managing Editor!). Mooting was, by her admission, to assist with preparation for the advocacy exams initially, but Louise says she came to enjoy it and stayed with it.

“We all supported each other through the course and still stay in contact and meet up.”

The strong friendships forged helped with the challenges the course presented. As a result, Louise was called to the Bar in 2020.

What does Louise do with her spare time?

Louise is a long–time supporter of the Dublin Hurling and Football teams and is involved in her local GAA club Naomh Fionnbarra. She practised martial arts and holds a black belt in traditional jiu–jitsu and a brown belt in Kickboxing. Louise represented Ireland at the 2015 World Championships, where she won a silver medal.

Louise also volunteers for FLAC, an independent human rights organisation providing legal advice and assistance through weekly clinics. Both Louise and Kevin have supported the company for many years, and continue to do so.

Law and the Labour Court

I was interested to know if a legal qualification is necessary to work at the Labour Court currently – Louise confirms that although not essential, a legal qualification is increasingly beneficial whether that’s the Diploma in Legal Studies ( “a bite–sized piece that is very accessible“) or degree of Barrister–at–Law professional course from King’s Inns, or relevant Advanced Diplomas such as Quasi–Judicial Decision–Making or Applied Employment Law.

Kevin agrees that you do not need to be a lawyer to be a member of the Labour Court, but you do need to understand the law. He considers it would be challenging for someone working in industrial relations to not understand the basic principles that underlie employment law, given that the area of employment rights is a central part of what they deal with every day.

“It’s extremely helpful if you do have a formal legal qualification. [Nowadays] you have a vast corpus of law governing employment, covering every aspect from the commencement of employment to its termination. Then, of course, you have the whole equality agenda, and it’s evolving.”

Given Kevin and Louise’s experience to date, what changes do they anticipate for the Labour Court over the next 75 years?

“We are probably at the tipping point where employment law is the predominant volume of work, which is changing the key users. The employment relationship will become more regulated, underpinned by EU and domestic legislation – therefore, the approach will become more legalistic.”

You can contact Kevin at kevinduffyhome@gmail.com and Louise at Louise.ODonnell@labourcourt.ie